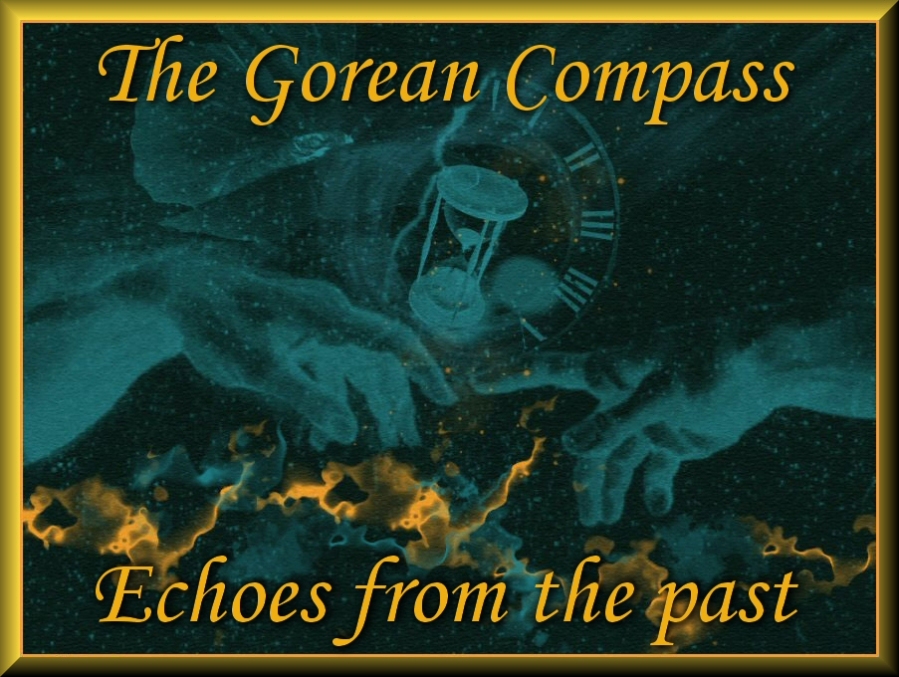 Today, we are going to be talking about the last group of the original 25 Gor Novels. This group would include the following titles.

Plot wise they make up two groups.  Savages and Blood Brothers give us a long two book journey into the land of the Red Savages.  They once again fleshed out a whole Gorean sub-culture to join Torvaldsland, The Tahari, and several others introduced in the previous volumes.  In Players of Gor, however, the fleshing out process mostly comes to a stop.  This was the point where many of the fans of fantasy fiction parted ways with the Gor saga.  The five books that followed, and even Dancer of Gor, one of the slave girl books told an ongoing story of a mighty war between Cos and Ar that ended with Ar’s defeat and Cosian control of Gor’s greatest city. 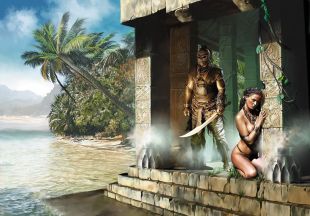 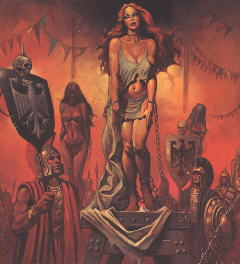 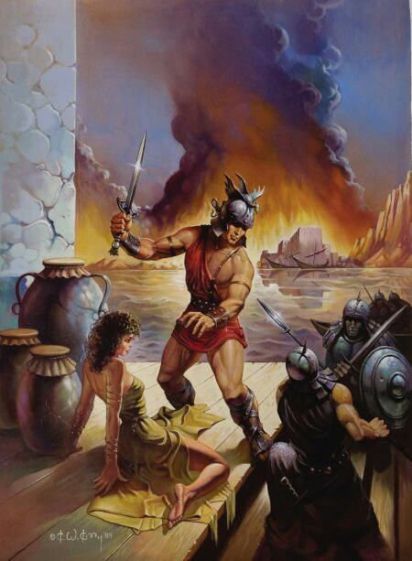 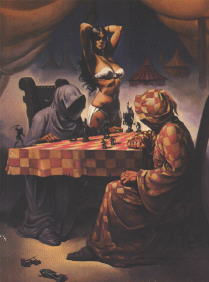 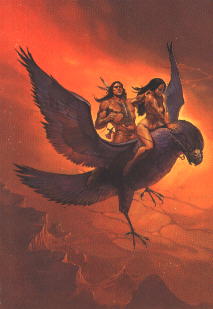 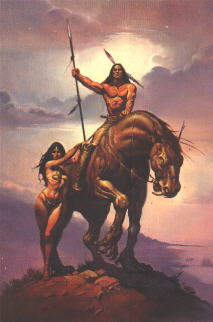 However, the action moves very slowly.   In Renegades of Gor, for example, Tarl spends a night in an Inn on his way to spy on the Cosians.  His adventures in the Inn mostly consist of harassing a group of Free Women/sluts who have cheated the inn and are being forced to pay off their debt or become actual slaves.  The only philosophical point that one gets from his night in the Inn is that most likely he had been wrong all along about Gorean Free women, and they should all be naked collared slaves.

In Tarnsman of Gor, Tarl is transported to Gor, learns to be a warrior, steals the Home Stone of Ar, is almost killed in horrible ways three or four times, defends Ar, defeats Pa-Kur, flies off with the Ubar’s daughter, and ends up back on Earth, and all in less pages than it takes to tell us about one night in this stupid Inn with clueless females!  It is no wonder the fantasy fans bailed out on the series.

There are a lot of good passages mixed in these novels that find their way into profile quotes, but they tend to be the ones talking of the Master/slave or even Dominant male/submissive female topics.  The philosophical messages that were much more evident in the earlier novels are mostly missing and the idea of counter Earth Gor reflecting on Earth society is not as easily seen even by readers bent on discovering hidden symbolism.  As a result of the loss of the mainstream fantasy fans, and still before the advent of online Gor, sales dropped and these later novels saw very limited printings.  When online Gor created more interest in the novels and before the time of e-book editions and Amazon.com , these novels were selling on Ebay for anywhere from $30-$120 a copy , with Magicians of Gor very rare and hard to find regardless of price. 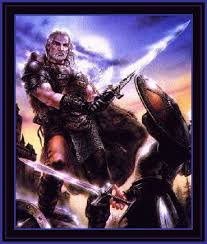 Book 24 , Vagabonds of Gor, has always seemed to me to contain some political commentary that gives a way to view the Cos vs. Ar conflict.  This is a brief plot summary taken from Amazon.com where the book is now available for less than $20.  Cabot and his friend Marcus, of Ar’s Station, who have been spying for Ar in the Cosian encampments, now seek the long-inert forces of Ar to report acquired intelligence to their commander, Saphronicus, who proves to be of the treasonous party of Ar.   Cabot and Marcus are placed under arrest, as spies.  Primary forces of Ar, largely inactive in recent months, are now to pursue Cosian forces withdrawing from Ar’s Station, through the vast Vosk delta to the sea. The Cosian forces, however, have avoided the delta, and the delta campaign is a ruse to decimate the armed might of Ar, to use as a weapon the marshes and swamps of the delta itself, their treacherous, trackless wildernesses and wastes, the quicksand, the insects, the serpents and reptiles, the local populations, to deliver a final decisive blow to what was once the unchallenged splendor and power of Gor’s finest infantry.

Although Vagabonds of Gor was written almost 12 years after the end of the Vietnam War, there are some obvious similarities between that conflict and the plot outline above.  The American Army(AR) was drawn into a war in the jungles and deltas and against the insects, serpents, reptiles, and local populations, while the real enemy (Cos) Communist Russia and China avoided direct confrontation.  The fact that this ruse in the Gor novels leads to the fall of Ar suggests that John Norman might have simply taken a recent historical event to provide some “plot” for his continuing harangue about the nature of D/s relationships that take up more than 75% of these novels pages.  I have also found it interesting that this change in structure, ie, that it would take five thick books to relate a story that in the early books of the series could have been told in one much thinner and easier to read one, has mirrored the growth of slower role play more focused on day to day life, like a single night in an Inn which takes up 200 pages of Renegades of Gor. 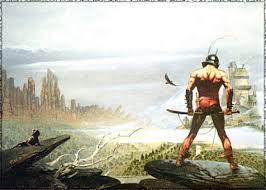 Although many people still rp the high adventure and danger of the early novels, a slower more realistic role play has become more common, and the slower more ponderous later novels match that trend perfectly.   In any event, the novels were written, sales were low, and finally the publisher, DAW Books, refused to publish #26, which was called Witness of Gor,  and would be another “slave girl” book.”   It was not until the internet, and the amazing growth of an online Gor fan base, that a new publisher was found and Witness was finally released, and followed by the “new Gor novels.”  One of the most startling differences in these later novels and one that leads many to speak of the “contradictions” of the series, is the view of Gorean Free Women.   In the early novels, they are spoken of, often, in glowing terms as the epitome of womanhood, where the kajira represented the minority of sexually orientated females.  There were exceptions to this, of course, and Tarl was enslaving selected Free Women as were Free Women not always looking so attractive in the Jason Marshall books.  By these later novels, we were seeing them in a very bad light indeed.  They were, frankly, bitches, until Tarl got them properly enslaved and had furred them a couple of times, and then they were fine.   This rather harsh treatment of FW creates another one of those problems when role playing Gor in Second Life. 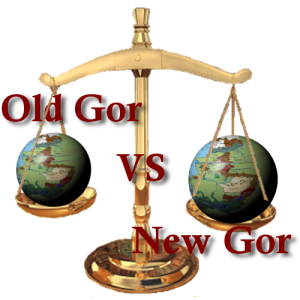 The question always has to be asked which group of books are we being BTB to?   Behavior that would be definitely BTB based on these later novels would be totally inappropriate to the spirit of the earlier novels.  These later novels make it a lot harder to defend the Gor novels from present day critics who accuse Gor of being very anti-female.   It seems to suggest that “all females” need to be slaves to be happy, whereas this was never really the message of the earlier books that seemed to suggest only that a small percentage of the female population would be happy in slavery  a suggestion that the popularity of the Gorean kajira role here in Sl seems to support.

In the next, class, we will continue this discussion on the later novels, and talk more about the sorry state of Free Women in most of them, as well as a few comments on the Savages/Blood Brothers duo

View all posts by Xtabi Galaxy 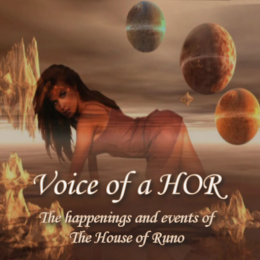 The House of Runo